THE WONDROUS HEALING POWERS OF SLEEP 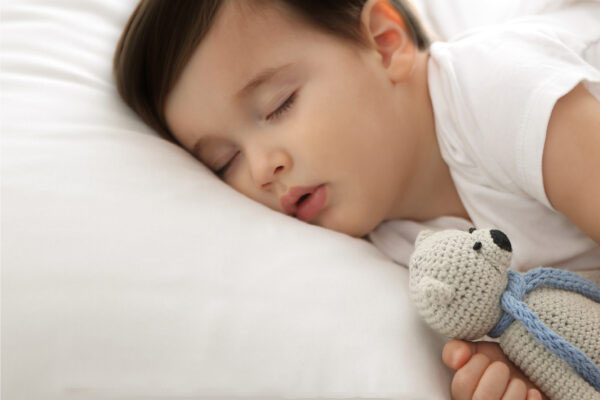 Nikola Tesla was a man far ahead of his time. He is best known as the man who perfected the alternating current (AC) electrical supply system, which is now the default system of power supply in our world.

He went on to invent a lot of things, like the Tesla coil, Steam-powered oscillating generator, wireless lighting, and so on. Being a prolific inventor, Tesla also had some very unusual habits, including a very odd sleeping pattern. Like many geniuses of his time, Tesla too believed that sleep was a hindrance and a wastage. Why spend one-third of the day in a bed, when it can be productively spent in a lab? Thus, Tesla adopted a polyphasic sleeping pattern, namely, taking multiple short-naps throughout the day. Tesla used to boast about how much he achieved by sleeping very little and claimed that he never slept for more than two hours in any given 24-hour period.

This sleep deprivation became a sort of obsession for Tesla. According to a report in the Smithsonian magazine, “professors at the university warned Tesla’s father that the young scholar’s working and sleeping habits were killing him.” It is believed that this sleep-pattern was responsible for the mental issues he faced throughout his life, including having a mental breakdown at the young age of 25!

Yet, Tesla can’t really be blamed for ignorance. Sleep science as a subject is of very recent origins. It has only in the past few decades that the real importance of sleep has been scientifically and empirically evaluated. Numerous researchers across the world have investigated the consequences of sleep deprivation on humans. The impacts are varied, like hallucinations, disorientation, grogginess in the short-run and heart ailments, obesity, high blood pressure, and even diabetes in the long-run.

SO HOW DOES SLEEP DEPRIVATION IMPACT OUR HEALTH?

In fact, the research on the subject of sleep is a work-in-progress, wherein we are learning about it every day. While there might be much nitty-gritty associated with sleep that we are yet to discover, but we do know the benefits of sound sleep broadly on our health, especially on the immune system. Sleep has also come up for discussion in the context of the COVID-19 Pandemic, researchers are evaluating the connection between sleep and the immune system, and how it can play a role in protecting against the virus. Some reports in the media have suggested that sleep boosts immunity. These reports quote studies which state that even a single good night’s sleep can help activate immune responses to fight off specific pathogens. Dubbed as the adaptive immune system, it is supposed to be the body’s second line of defense designed to thwart an attack from pathogens like flu, cold, or even possibly COVID-19.

In many ways, metaphorically sleep is like take the F1 car to the pit, a time when repair work is done. Toxins that are built over the day are removed, neurons connections in the brain, specifically the Hippocampus are reset or strengthened. Cytokines, which are a type of signaling proteins that target inflammation and infection are released during sleep. This is the reason why when we are sick, we feel sleepy, as the time of rest, the body is going through repair work. But that is not all, while we sleep, the pituitary gland releases growth hormone, which helps your body to grow and repair itself. Levels of cortisol, often called the stress hormone, decreases during the first few hours of sleep before rising to peak soon after you wake up.

In hindsight, maverick geniuses like Tesla, Thomas Edison, Sir Isaac Newton, or even Leonardo da Vinci, can be forgiven for their disdain for sleep. The current crop of successful individuals seem to be well aware of the importance of sleep and catch their 40 winks without any guilt pangs. Elon Musk (founder of Tesla) sleeps for 6 hours, Tim Cook and Bill Gates sleep for 7 hours, Jack Dorsey, the co-founder of Twitter, also clocks 7 hours of sleep, and so does the richest man on the planet Jeff Bezos.

If these most successful individuals whose time is worth much more than most of ours, have no scruples when going to sleep; why should we? The best thing about sleep therapy is that it comes for free for every individual in the world, and is available to all. The only exception to the healthy sleep pattern in our modern times is President Donald Trump, who apparently sleeps for only 3 hours a day. Could that be a reason why he seems anxious, agitated, and groggy throughout the day?

Online Reports state that sleep is one of the top three best natural immunity boosters. Comfort Times team spoke to few consumers to understand as to how they relate themselves with these Online findings and discovered that consumers actually experience a slight decline in their energy levels if they do not get a good night’s sleep. “When I do not get proper sleep for a continuous span of 4-5 days, my tolerance towards anxiety and stress goes down and there is fluctuation in my Blood Pressure Levels. And every time I visit my doctor, he recommends me to take a proper sleep despite all medication. He recommends that a regular good night’s sleep is a need and not an option. The more we cut down on it due to lifestyle stress, the more our health is impacted. After his consistent recommendation, I have regularised my sleep routine. Now I feel energetic and confident.” Says Mr. Ajit from Noida.

A good sleep of 8 hours is necessary for a healthy body and mind. Studies done on athletes and students across the world have proved that regular sleep pattern results in improved performance, better grades, increased creativity. Thus, rather than considering sleep as a wastage of hours, it should be looked on as a health issue, say like eating a balanced diet.

Mrs. Radhika from Delhi says, that she will suffer from severe headaches if she has disturbed sleep. “Recently I had a baby and my child wakes up at night regularly. This is one of the reasons for sleep deprivation. Though I put my kid to bed early, I end up staying awake much later to complete my household chores and my pending office work. Due to prolonged sleep deprivation, my immunity has reduced making me more prone to Rhinitis. My doctor has recommended a strict sleep routine for me to follow, along with medicines to recover and build immunity towards allergens”

Meanwhile, Dr. Manvir Bhatia, Senior Neurologist, and Sleep Specialist say that sleep has far-reaching effects on cognitive performance. “The term ‘cognition’ refers to various higher mental processes, which allow us to attend, perceive, think, remember, solve problems, use language, imagine, and plan ahead in everyday life. Sleep has far-reaching effects on cognitive performance. There is evidence to suggest that insufficient sleep leads to a general slowing of response speed and increased variability in performance, beginning with difficulties with alertness, attention, and vigilance. In addition to this, mounting evidence suggests the role of emotion in cognition and how sleep deprivation affects cognitive systems that rely on emotional data”.

Lack of sleep can affect our immune system. Studies show that people who don’t get quality sleep or enough sleep are more likely to get sick after being exposed to a virus, such as a common cold virus. During sleep, your immune system releases proteins called cytokines, some of which help promote sleep. Certain cytokines need to increase when we have an infection or inflammation, or when we are under stress. Sleep deprivation may decrease the production of these protective cytokines. In addition, infection-fighting antibodies and cells are reduced during periods when we do not get enough sleep. Brands and retailers need to educate consumers on how sleep is one of the top three essentials for immunity building. During this COVID-19 period, building strong immunity is the only safest and easiest way to get rid of any virus attack