Total market for mattresses in India was around 18.6 million units

HomeTotal market for mattresses in India was around 18.6 million units 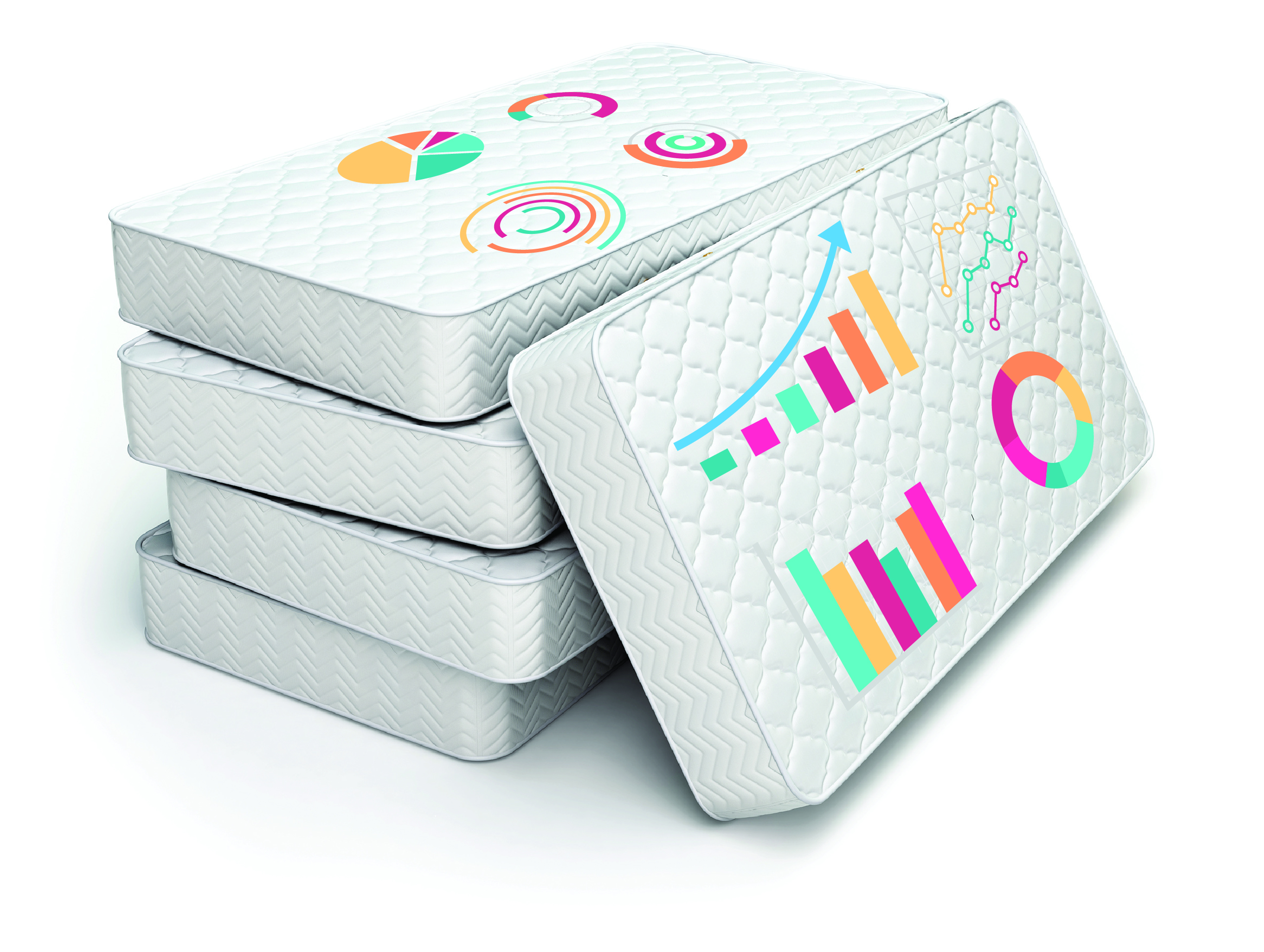 Winter is the peak season for the category; however, the impact of seasonality is lowest in West Bengal and Orissa. This is one of the many interesting findings from the second round of market study commissioned by ISPF. Expanse of the distribution network, annual sales of mattresses and performance of different brands across states in India are covered by this study.

ISPF collected data from a sample of 3107 retail stores and 23,892 transactions across India.

Our previous quarter numbers revealed that approximately 1.8 million mattresses were sold every month during October – December, 2018 through permanent stores.

State-wise metrics show that Andhra Pradesh, Tamil Nadu and Kerala were the hotspots for mattress sales, while West Bengal, Bihar and Orissa recorded the lowest sales figures per lac population, but were considered to have immense potential for future growth. Furthermore, lower town classes, especially Tier 5-6 witnessed high growth, and pose tremendous opportunity for the category. Another interesting insights shows that the modern mattress is the 3rd biggest contributor towards household spending, only surpassed by TV’s and Refrigerators.

Moving on to the actual mattress sales figures, it was seen that Q3 was the peak season for sales. Monthly sales totaled to 791,108 units for the month of June 2019. There is a visible shift from unorganised to organised sector from first round survey to second round survey. As far as contribution of channels is concerned, furniture outlets were on top with a contribution of 48 percent in the last quarter, while furnishing outlets and mattress outlets made up 31 percent and 20 percent of sales respectively.

Moreover, when it comes to mattress related products, their sale value is 27 percent of overall mattress sales. To give you a few examples, for every 100 mattresses sold, 50 bed lines, 100 pillows, 20 carpets and 20 mattress covers and comforters as sold as well.

As for the pricing analysis, 63 percent of the mattresses are sold under INR 10K but these account for only 38 percent of the sales by value. Mattresses with cost greater than INR 20K accounted for only 8 percent of sales but the highest value contribution (19 percent), while those less than INR 4K accounted for 11 percent of sales. The highest selling mattresses as per price band were priced between INR 5.5K – 7K, accounting for 16 percent of total sales. Our earlier survey finding said that, on an average, consumer pay INR 9500 for an organized sector brand and INR 6500 for an unbranded one (end consumer price includes GST). Cash is still king for 73 percent of the consumers buying mattresses while only 13 percent pay with plastic money. Even our current survey echoes the same consumer sentiments.

Sleepwell & Kurlon dominate the market across most of the price bands. Duroflex and Peps are more prominent in the premium segments. Average price of a mattress is higher in Southern states due to higher contribution of King and Queen size mattresses.

Online sales are estimated to close at Gross Merchandise Value (GMV) of Rs 500 Crs in FY 20 growing at highest rate of 25% year on year.

Finally, it must be said that the Indian mattress market holds incredible potential for the future and if industry players can make the effort towards understanding geography specific buying patterns, as well as creating stronger marketing campaigns that can help create a more personalized buying experience, it’s safe to say that the sky is indeed the limit for them.