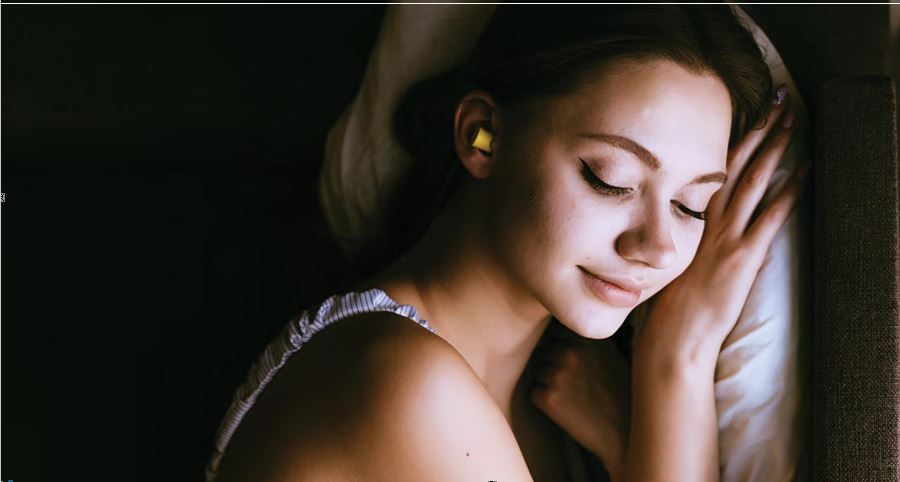 Medical evidence suggests that for optimum health and function, the average adult should get seven to nine hours of sleep daily. But more than 60 percent of women regularly fall short of that goal. Although each hour of lost slumber goes into the health debit column, we don’t get any monthly reminders that we’ve fallen in arrears, according to Harvard Medical School report.

In fact, the greater the sleep debt, the less capable we are of recognizing it: Once sleep deprivation — with its fuzzy- headedness, irritability, and fatigue — has us in its sway, we can hardly recall what it’s like to be fully rested. And as the sleep debt mounts, the health consequences increase, putting us at growing risk for weight gain, diabetes, heart disease, stroke, and memory loss.

In some cases, sleep debt results from insomnia or other underlying conditions that may require medical attention. But most sleep debt is due to burning the candle at both ends consistently failing to get to bed on time and stay there until we’ve slept enough. Fortunately, sleep doesn’t charge interest on the unpaid balance, or even demand a one-for-one repayment. It may take some work, but we can repay even a chronic, longstanding sleep debt.

Although sleep doesn’t trump food and water in the hierarchy of physical needs, we can’t live without it. Given the ethical limits on research involving human subjects, scientists have no direct evidence on how extended sleeplessness — that is, beyond a few days — affects human beings. Laboratory rats, however, have been deprived of sleep for long periods, and after a week or two, the results include loss of immune function and death from infections.

In a landmark study of human sleep deprivation, University of Chicago researchers followed a group of student volunteers who slept only four hours nightly for six consecutive days. The volunteers developed higher blood pressure and higher levels of the stress hormone cortisol, and they produced only half the usual number of antibodies to a flu vaccine. The sleep- deprived students also showed signs of insulin resistance — a condition that is the precursor of type 2 diabetes and metabolic slowdown. All the changes were reversed when the students made up the hours of sleep they had lost. The Chicago research helps to explain why chronic sleep debt raises the risk of obesity, heart disease, stroke, and diabetes.

Sleep loss exacts a toll on the mind as well as the body, as shown by a study done at the University of Pennsylvania and Harvard Medical School. The researchers studied 48 healthy men and women, ages 21 to 38, who had been averaging seven to eight hours of sleep nightly. They assigned three-quarters of the volunteers at random to three different groups that slept either eight, six, or four hours nightly; a fourth group agreed to go without sleep for threedays. Every two hours during their waking periods, all the participants completed sleepiness evaluation questionnaires and took tests of reaction time, memory and cognitive ability.

Over the course of two weeks, reaction times in the group that slept eight hours a night remained about the same, and their scores on the memory and cognitive tasks rose steadily. In contrast, scores for the four-hour and six-hour sleepers drew closer to those of the fourth group, whose scores had plummeted during their three days without sleep. After two weeks, the four-hour sleepers were cognitively in no better shape than the sleepless group after its first night awake. Their memory scores and reaction times were on par with those of the sleepless after their second consecutive all-nighter. The six-hour sleepers performed adequately on the cognitive test but lost ground on reaction time and memory, logging scores that approximated those of the sleepless after their first night awake.

Meanwhile, the six-hour and the four-hour sleepers were failing to gauge reliably how sleepy they had become. At the end of the study, their self- rated sleepiness scores were levelling off, even as their performance scores continued to decline. Countering the effects of sleep loss Women often find it difficult to make up sleep lost while caring for infant children, juggling family and career and weathering the perturbations of menopause. Even those who are fortunate enough to reach midlife fully rested may find themselves gradually slipping into the debit column after age 60.

Too often we regard sleep as an indulgence or luxury. Rather, we should recognize that adequate sleep is just as important for health as diet and exercise are. To that end, the experts offer the following advice:

World Sleep Society has come up with guidelines of Sleep Hygiene to prevent poor quality nocturnal sleep, short duration of sleep, fragmentation of sleep and serious sleep deprivation in adults.

10 Commandments of sleep hygiene for adults